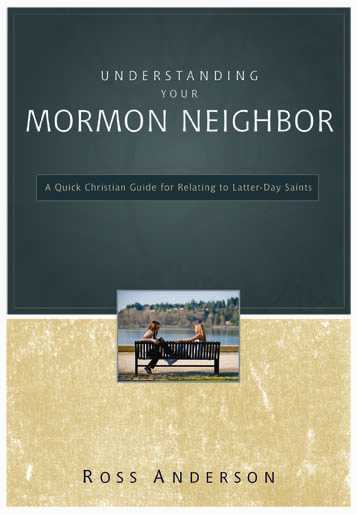 In his book, People of Paradox: A History of Mormon Culture. (Oxford University Press, 2007), Terryl Givens identifies four areas of paradox within Mormonism that affect the practice and development of the cultural arts.

The first is the tension between free agency and authoritarianism.  The second area of paradox is the relationship between holding truth with absolute certainty and the quest for gaining new knowledge.  The third paradox in LDS culture can be expressed as transcendence versus earthiness.  Givens points out that Joseph Smith collapsed the realms of heaven and earth into one, minimizing the utter transcendence of God.

The fourth area of paradox or tension that Givens identifies is exceptionalism versus universalism.  There is an impulse in Mormonism to emphasize how different and unique Latter-day Saints are.

“Reading themselves into the biblical promises of a chosen lineage” (55), Mormons have developed a sense of identity as a distinct and chosen people, which is reinforced by unique practices and commitments associated with the temple, “where sacred secrecy and the additional selectivity of participants pushes yet further the sense of a people apart.” (55)  The claim to be the only the only true and living church on earth also fosters LDS exclusivism.

Because of this exceptionalism, Latter-day Saints may seem to non-Mormons to be arrogant and insular.  Givens notes:

“Such peculiarity is reinforcing as a boundary marker but…it can be a hindrance to bridge building, to missionary work, and perhaps more poignantly, to Mormons who must engage the world as participants in a human community that increasingly transcends Utah’s boundaries.”  (58-59)

On the other hand, the LDS sense of uniqueness is counterbalanced by universalist  factors.  For example, LDS theology posits that all humans are related to one another as divine offspring.  The emphasis on genealogy reinforces the connection between human families over multiple generations.  Givens believes:

“This conflict between exclusivity, on the one hand, and, on the other, a moral imperative (not to say primal longing) for universal community and acceptance in a larger fellowship is manifest at many levels of Mormon culture.”  (58)

Perceptively, Givens understands the tension this creates in Latter-day Saints’ relationship with the rest of the religious world.  He identifies this irony:

“After predicating their very existence on the corruption of all other Christian faiths (‘I was answered that I must join none of them, for they were all wrong’), and asserting their unique claim to be its ‘only true’ embodiment, Latter-day Saints are chagrined when they are excluded from the very community of believers they have just excoriated.”  (58)

Another dimension to the exceptionalist versus universalist tension arises out of Mormonism’s global expansion.  Because of its history and some aspects of its doctrine, the LDS Church has “an intensely American complexion.”  (60).  Yet development of new mission fields and growth in international membership have pushed Mormonism to take on a more culturally universal complexion.  With the hierarchy of leadership firmly implanted in the American West, Mormonism hardly seems to have become very intercultural at this point.  Givens correctly identifies the challenge the movement faces in the future:

“Prepared or not to make the transformation from an American into a truly multinational church, in other words, Mormonism is de facto becoming one.  The complication  that inheres in this polarity, however, is the difficulty of sorting out exactly which aspects of Mormonism are essential constituents of the faith and which are expendable features deriving from American culture.”  (60-61)