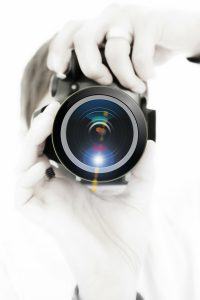 I saw a joke recently: “You know you might live in Utah if…you get a divorce and still have a wife.” As many as 60,000 people in Utah and the surrounding region live in a lifestyle of polygamy.  Although repudiated by the LDS Church, they see themselves as the true successors of Joseph Smith.  Smith introduced polygamy to his followers as a practice essential to eternal exaltation (see the Doctrine and Covenants, Section 132).  Based on this teaching, the Latter-day Saints practiced polygamy openly and officially until 1890.  The LDS Church now disavows plural marriage as a temporal practice (in spite of Section 132).  Yet it is still considered a valid and essential principle for life in heaven.

Many recent events have brought the subject of polygamy out of the closet and squarely into the public spotlight. Anti-polygamy activists point to the issues of incest, statutory rape and child abuse which are associated with polygamist communities in some cases.  But what about polygamy itself?  Is it wrong, from a biblical perspective, for a man to have multiple wives?  The Bible never directly condemns polygamy as a general practice.  In fact, some of the most prominent Old Testament characters had numerous wives, apparently without censure from God.

Understand that God did not make his entire will for his people known right at the beginning.  Over several centuries, through a succession of prophets, God revealed himself and his purposes progressively, leading up to his final revelation in Jesus Christ (Hebrews 1:1-2).  As Scripture moved toward its completion, certain doctrines (such as the resurrection) became more fully defined.  Likewise, certain practices that were once condoned out of ignorance became clearly forbidden.  Such is the case with polygamy.  You might say that as his children were trained and became more mature, God expected more from them.

Yet even the earliest revelation was not totally indifferent toward polygamy, as Israel’s kings were expressly forbidden from marrying multiple wives (Deuteronomy 17:17).  This is why it is a mistake to appeal to the practices of David and Solomon to support polygamy today. The fact that the standard of monogamy applied not just to kings but to all marriages became increasingly clear as God’s revelation became more complete.

As a result, there is no evidence of polygamy being practiced in New Testament times, either among Jews or early Christians.  Even in Old Testament Judaism, we observe a movement from polygamy to monogamy as the ideal.  For example, the virtuous wife of Proverbs 31:10-31 is portrayed in a family of simply her children and her husband alone.  When Malachi, Israel’s last prophet, addressed marriage and divorce (Malachi 2:13-16), the wife is always mentioned in the singular.

The emphasis on monogamy as the biblical standard may also be traced to how God presented his own relationship to his people.  In the prophets (see Hosea 2 and Ezekiel 16) God’s role toward Israel is portrayed as a husband toward a wife.  The point of this analogy was to underscore the adulterous nature of Israel’s idolatry.  But God had always made it clear that he had chosen only one nation to be his (Deuteronomy 7:7-8).  That is, God had only one “wife”.

Likewise, in the New Testament, Christ loves the Church as his bride (Ephesians 5:25).  While this “bride” is made up of many people, the Church is never seen as a group of brides, but as Christ’s one partner (Revelation 19:6-9).  These examples of God’s dealings strongly suggest that plural marriage is an aberration.  Marriage can provide a meaningful analogy of God’s faithful, covenant relationship with his people only if monogamy is the standard.

What’s more, the ideals expressed in the biblical teaching about marriage itself, rooted in the original creation order, seem irreconcilable with polygamy.

For instance, in Genesis 2:22, God presented Adam with one woman, who was clearly created for a unique partnership with him.  Yet if polygamy were the ideal, we would expect to see that reflected in God’s original arrangement.  In commenting on this episode, Genesis 2:24 lays down the fundamental order for marriage: “A man will leave his father and mother, and be united to his wife, and the two shall become one flesh.”  This speaks of an intimate, all-encompassing union between one man and one woman.  Such a one-to-one union cannot be shared between a man and multiple wives.

Jesus reinforced this view in Matthew 19:6.  Quoting Genesis 2 in opposition to divorce, Jesus added, “So they are no longer two, but one.”  How can a man be completely one, united in every dimension of being, with more than one woman at the same time?  How can a woman experience complete oneness with a man if she is sharing him with other women?  This is the problem with adultery: it breaks the bond of one man with one woman.  Polygamy does the same by dividing that unique union.

The apostle Paul argued in 1 Corinthians 7:4 that “the husband’s body does not belong to him alone, but to his wife.”  This mutual ownership fits perfectly with the one-on-one relationship described in Genesis 2, but not with polygamy.  After all, how can a man’s body belong to more than one wife at the same time?  Which wife would his body belong to?  Who would own which part?  Thus Paul did not say “wives” but “wife.”

1 Timothy 3 records the qualities required for a man to serve as a spiritual leader in the church.  At the very top of the list (verse 2) is a faithful, monogamous marriage: “The overseer [or ‘bishop’] must be above reproach, the husband of but one wife.”  The whole tenor of this list of qualifications is that the church’s leaders must exemplify standard Christians virtues to a higher than ordinary degree.  Monogamy is such a virtue.

These are some reasons why the historic, biblical Christian Church has never sanctioned polygamy.  It is still illegal to have licensed marriages with more than one person. Technically this is considered bigamy. But polygamy in the form of multiple cohabitation is now essentially legal through the United States.  Most polygamists only have one legal wife, along with other “spiritual” wives.  Whether our courts will ever normalize multiple legal marriages remains to be seen.  But even if it were legal, Christian pastors would not perform plural marriages because polygamy is contrary to God’s will for marriage.